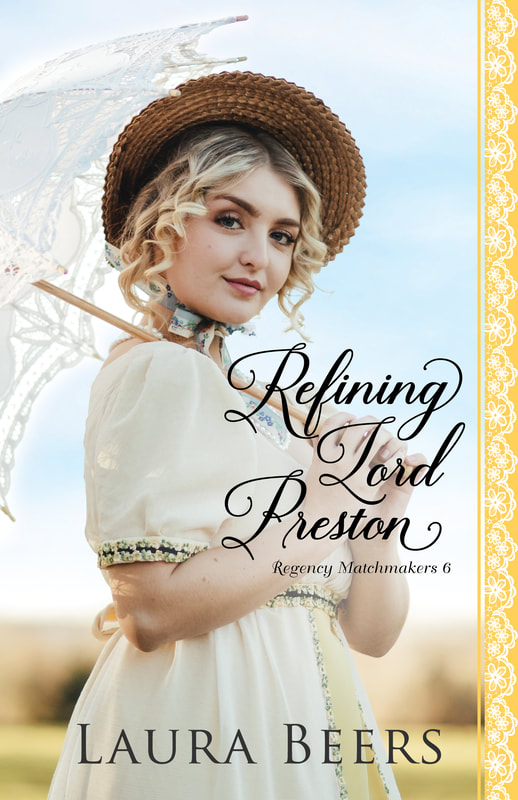 Lady Emma Brooksbank is not like most girls in Society. She would rather be practicing archery than embroidering, and she has given up on the ridiculous notion of matrimony. She’d sooner become a spinster than have her life controlled by a man, especially one as infuriating as Lord Preston.

After Isaac, Lord Preston, takes over managing his family’s estates, he discovers a secret about his disowned sister that his father has managed to keep hidden for years. Isaac vows to do right by his sister, but his father stands in the way of every decision he makes.

When Isaac asks her for a favor, Emma reluctantly agrees, hoping it will benefit them both. What she doesn’t anticipate is enjoying, and even looking forward to, each moment she spends with the maddening lord. As Emma’s carefully constructed walls come down, she must face her own fears and decide what true love is worth.


As the sixth novel in this series by author Laura Beers, this story concludes the Sweet Regency Matchmakers series. This is a light-hearted series set in the Regency period.